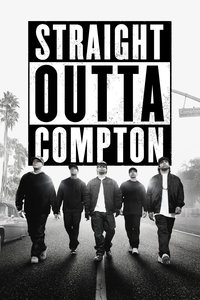 As innumerable films have demonstrated in the past decade or so, there is an inherent lack of drama to the musical biopic. They usually come across as a cinematic Greatest Hits, a collection of famous events and songs with only nostalgia to drive them. This is not the case with Straight Outta Compton.

The new film, which chronicles the rise of N.W.A. in the late ’80s and early ’90s, is a reminder of how awesome a musical biopic can be when the story it tells projects a contemporary resonance.

We witness how the charistmatic Eazy-E (Jason Mitchell), the studious Ice Cube (Played by Ice Cube’s son, O’Shea Jackson Jr.) and the gifted Dr. Dre (Corey Hawkins) came together with MC Ren and DJ Yella to form N.W.A., who are then assisted in their rise to prominence by manager Jerry Heller (Paul Giamatti, who played a very similar character in the recent Brian Wilson biopic Love & Mercy).

The racism that so informed their lyrics is explored and lends retrospective credence to a group who was perceived by certain parties at the time to pose an actual threat to society. The sequences detailing their early successes are nothing less than electrifying, especially to anyone who listened to the music.

Even when the musical biopic clichés set in — excess, jealousy, division —there is a layer of power to this story that cannot be denied.

Straight Outta Compton has been accused of being too easy on its subjects, which perhaps isn’t suprising considering two of them produced the film. It’s ultimately no more of a whitewash than every single other music biopic ever made, and not many of those other films had anything nearly as significant to say.