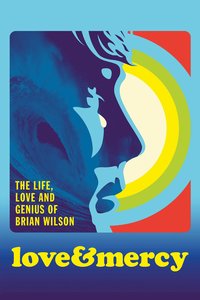 By focusing on two distinct periods in the troubled life of Beach Boy Brian Wilson, this biopic avoids the dramatic intertia that plagues most films about famous musicians. It’s the tale of two Brian Wilsons, and their stories are told concurrently.

Paul Dano (There Will Be Blood) plays the young Wilson, flush with success and pulsating with talent as he sets about creating The Beach Boys’ iconic 1966 album Pet Sounds.

John Cusack (Better Off Dead) plays the older Wilson, frail, dependent and wildly over-medicated by his sociopathic “doctor”, who is played by a terrifying (and increasingly ubiquitous) Paul Giamatti (San Andreas).

Dano and Cusack give two vastly different performances, and they both sink entirely into their characterisations. Neither actor particularly resembles Wilson, and the undeniable power of this film is proof of how little that really matters.

Elizabeth Banks (The Hunger Games) provides stellar support as the woman who attempts to help Wilson.

Although it hits many of the beats of a ‘classic’ pop star biopic, Love & Mercy projects a deep empathy towards its subject that feels appropriately personal.

This could’ve easily gotten by on the music alone — it’s also a heartfelt ode to a beautiful mind.