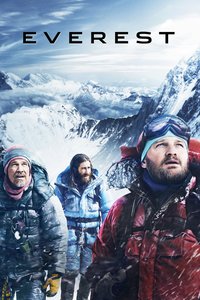 A thorough and dizzying account of the infamous 1996 disaster on the world’s tallest mountain, Everest is equal parts thrilling, heartfelt and epic.

Included in his 1996 group is Texan Beck Weathers (Josh Brolin), mail man Doug Hansen (John Hawkes) and journalist Jon Krakauer (Michael Kelly), whose Into Thin Air was one of several books which detailed the events covered in the film.

Joining them on the mountain is American guide Scott Fischer (Jake Gyllenhaal) and his team.

The film chronicles the events leading up to the climb with minor character flourishes and a lack of urgency, which helps rachet up the tension as well as giving the audience the chance to ponder the age-old question of ‘Why?’. When the climb itself gets underway, the threat of disaster looms over every moment, and when things start to go badly, the audience is right there with the characters.

As emotional as the film often gets though, I often found myself appreciating the technical aspects of the production — the sense of scale and height was unlike anything ever portrayed on screen before. This ceaselessly tickled my vertigo bone.

Everest makes a very strong case for the effectiveness of cutting-edge special effects in a film where there are no monsters, robots or explosions. It will make an interesting point of comparison to the upcoming Robert Zemeckis film The Walk.