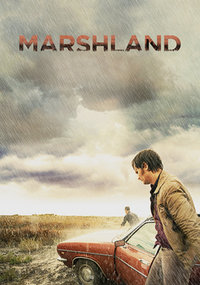 This dark drama swept the most recent Goya Awards (the Spanish Oscars) and has been generating widespread comparisons to the first season of True Detective.

It’s set in Spain in 1980, soon after the restoration of the democracy following the death of dictator Francisco Franco.

As the country continues to adjust to a new era, two very different detectives are sent to a small southern town to look into the disappearance of two teenage girls. Their investigation takes them to some very dark places.

The basic elements of this story are explored on a variety of TV shows every week, but Marshland is elevated to the status of art by its incredible visuals, weighty period context and layered characters.

Although the main cop characters may ultimately be clichés — tormented hardass, ambitious young buck — the performances from the lead actors easily texture up the stereotypes. and prevent the two men from being in any way predictable.

The titular wetland setting plays as much of a role in the story as any of the characters — its ominous visual presence sets the tone for the entire movie. It is the subject of a stunning opening credits sequence that must rank as one of the cinema’s all-time best.

It may get pretty grim at times, but Marshland is a serial killer that manages to set itself apart in a crowded genre, making it very much worth the effort.